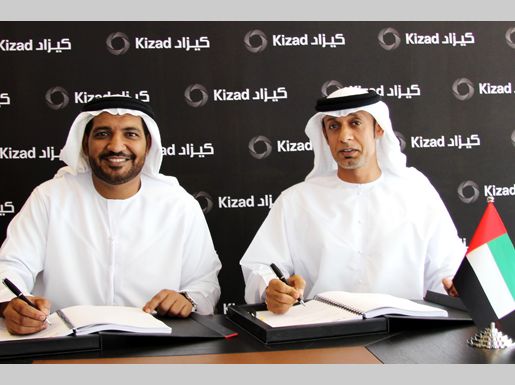 The Musataha agreements were signed by Engineer Khaled Salmeen, CEO, Kizad, and H.E. Saif Al Khaili, Chairman, Saif Al Khaili Group, in the presence of Ralf Schroer, Deputy Head Mission, Embassy of the Federal Republic of Germany, and Sayed Mohammed Aumir, General Manager Lower Gulf, Siemens LLC. The latter, a company with headquarters in Germany, has been awarded to design one of the facilities: the Emirates Chemical Factory.

The factory, whose Musataha agreement is valid for 50 years, will be set up in Kizad’s mixed use cluster and cover an overall plot size of 1,102,238 square feet. The production plant will be the first of its kind in the UAE, and comes as an important step towards diversifying Abu Dhabi’s economy, following the emirate’s Economic Vision 2030.

The plant will be the country’s first to produce caustic soda and other chlorine derivatives, to be used in various industry sectors, ranging from aluminium and oil, to steel and chemicals, with an expected production capacity of 400,000 tons per year.

The second agreement, valid for 30 years, is for a food processing plant that will be built in Kizad’s food cluster on a 284,435 square foot plot of land. The manufacturing facility will produce ready-made meals for industrial catering, capable of producing 70,000 meals per day. The building will also house the group’s management offices.

“We are very proud to welcome such a high calibre industry player, such as Saif Al Khaili Group to Kizad. As caustic soda is currently 100% imported, the Emirates Chemical Factory – as the first producer in the UAE – will contribute significantly to the local market and further reduce our import dependability, in line with Abu Dhabi’s Economic Vision 2030”, said Engineer Salmeen at the signing ceremony.

“The Emirates Chemical Factory is the first-of-its-kind production plant in the country and will not only widen our production portfolio but considerably add to the UAE’s non-oil GDP. We chose Kizad to be the place of production for both of our facilities because it offers an excellent logistics infrastructure coupled with highly competitive operating costs. Our proximity to Khalifa Port will also be of great benefit, allowing us to access new markets outside the UAE”, added Louai Kasem, Vice President, Saif Al Khaili Group.

Established in 1999, the Saif Al Khaili Group has been expanding into various business lines within the UAE over the past 15 years, covering numerous industry sectors, ranging from hospitality, information technology and healthcare services to oil and gas field services, as well as military and security equipment trading and, now, chemicals.