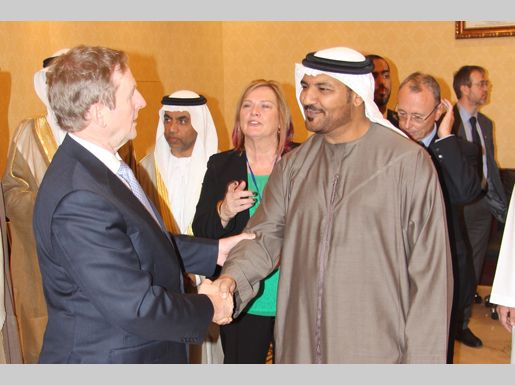 Kizad has addressed a high level delegation of business leaders from Ireland as part of the Abu Dhabi – Ireland Business Forum held at the Abu Dhabi Chamber.

The high-level delegation of political and business leaders in attendance were part of an Enterprise Ireland Trade Mission to the UAE led by HE Enda Kenny, Ireland’s Taoiseach (Prime Minister), and Richard Bruton, the country’s Minister of Jobs, Trade and Innovation.